I was a member of the UW Forumula Motorsports team for three years, and have gained much valuable engineering experience from the team. The year I joined the team was a year of major design changes and challenges. We were switching from a steel spaceframe chassis to a carbon fiber composite monocoque, and had to overcome the huge learning curve associated with designing and fabricating composite structural members. We also transitioned from a traditional, off-the-shelf engine management system to the “black box” EngineLab system. With EngineLab, we developed our own engine control scheme from scratch. Despite being our first year with the system, our car, with a four cylinder Honda F4i engine was the most powerful at FSAE West that summer.

The next year also marked some radical changes for the team. With the knowledge we had gained in composites, we were finally able to transition to a full monocoque chassis design. Seeking efficiency and light weight, we changed engines to the Yamaha WR450 single cylinder dirtbike engine. This car also had an all-new aerodynamics package that was more effective than ever seen on our team. For the first time ever, the team attended both the Formula West competition and the Formula Student Germany competition. This car did well at competition, with fourth place in Nebraska and 14th place in Germany. 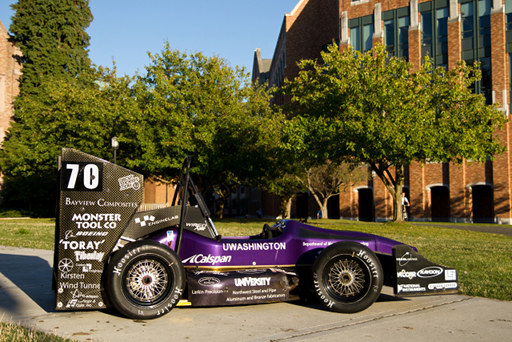 My final year on the team, we decided to build on our successes and pursue an iterative design. We made every single part on the car better — a more powerful and efficient engine package, a better tuned suspension, a lighter and stiffer chassis, unsprung aero with an automatic drag reduction system, improved data acquisition, and less weight all around. This car earned first place at FSAE West in 2013. 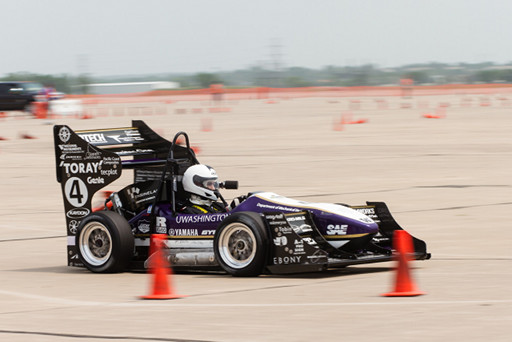 This car was not our only endeavor on team 24. We also entered a car into the new electric car category at FSAE West. With about 100 horsepower and weighing slightly less than the combustion car, this is the quickest car our team has ever built. 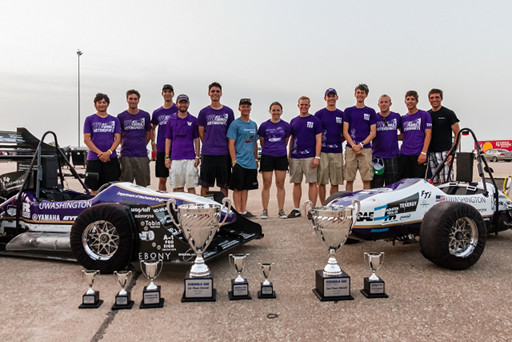 UW FSAE Team 24 lead group with our cars and trophies