A “rockoon” is a rocket launched from a high altitude balloon. This nascent technology is seen by many as a way to save money on rocket launches, due to the greatly reduced fuel cost. If you’re interested, a great history of the rockoon is available here. For the Earth and Space Sciences 472 Advanced Rocketry class I helped develop a new rockoon launch system. The rail-based launcher is flexible, accommodating rockets of any diameter and up to about eight feet in length. It uses a 900 MHz radio module to control rocket ignition and cut down. 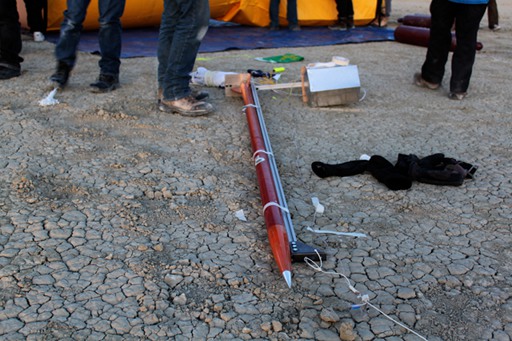 We performed a tethered test launch in the Black Rock, Nevada high desert.  It took two balloons filled with three tanks of helium to hoist this 2” rocket. 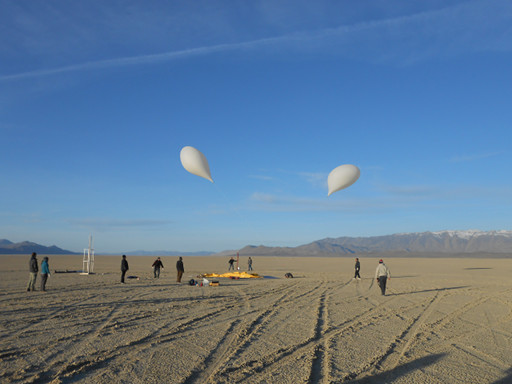 Preparing for the rockoon launch 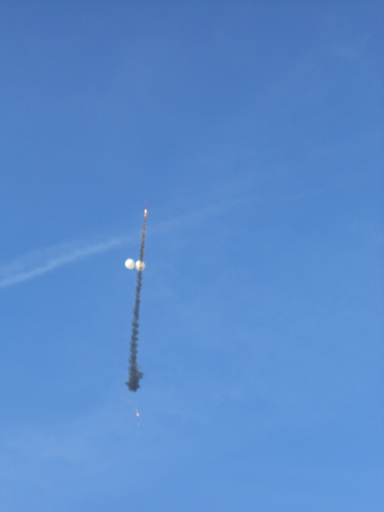 Another project happening at Black Rock that week was a hard impact research project. A midair explosion took out their rocket, leaving us with the spare payload but no way to get it up to speed. Our solution was what we call the Rockite — tandem kites towed behind an SUV, hoisting a 40 pound rocket pointed straight at the ground. Check out the second video to see it in action.